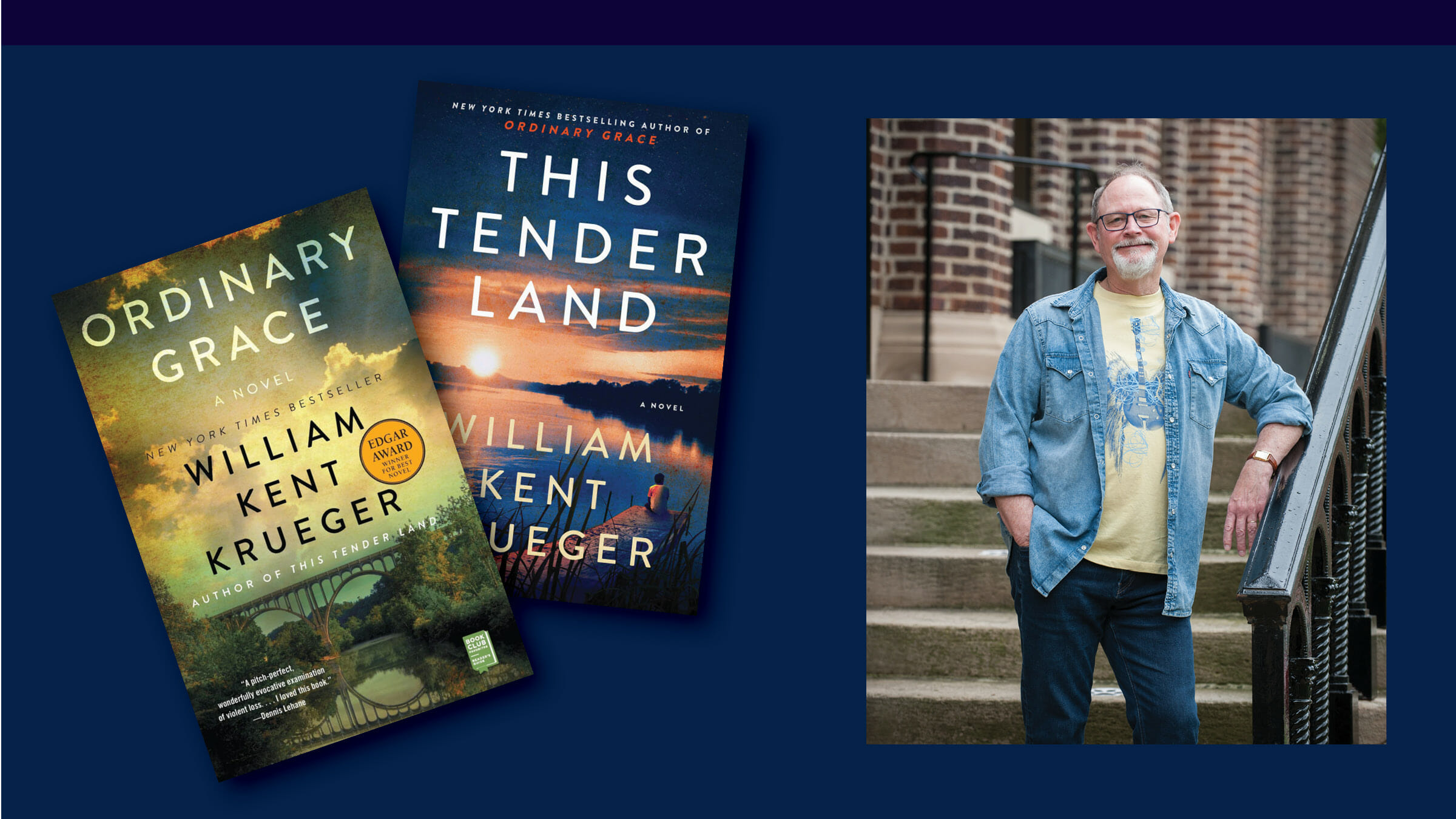 Come on out for this author talk followed by a 30 minute Q&A with none other than William Kent Krueger!

Ordinary Grace, Krueger’s stand-alone novel published in 2013, received the Edgar Award, given by the Mystery Writers of America, in recognition for the best novel published in that year. The companion novel, This Tender Land, was published in September 2019 and is now available in paperback.
Register Here: https://attendee.gotowebinar.com/register/6053256123146014989
Krueger also writes a mystery series set in the north woods of Minnesota, with protagonist is Cork O’Connor. His work has received a number of awards, including the Minnesota Book Award, the Loft-McKnight Fiction Award, the Anthony Award, the Barry Award, the Dilys Award, and the Friends of American Writers Prize. His last nine novels were all New York Times bestsellers.
This Tender Land Book Trailer