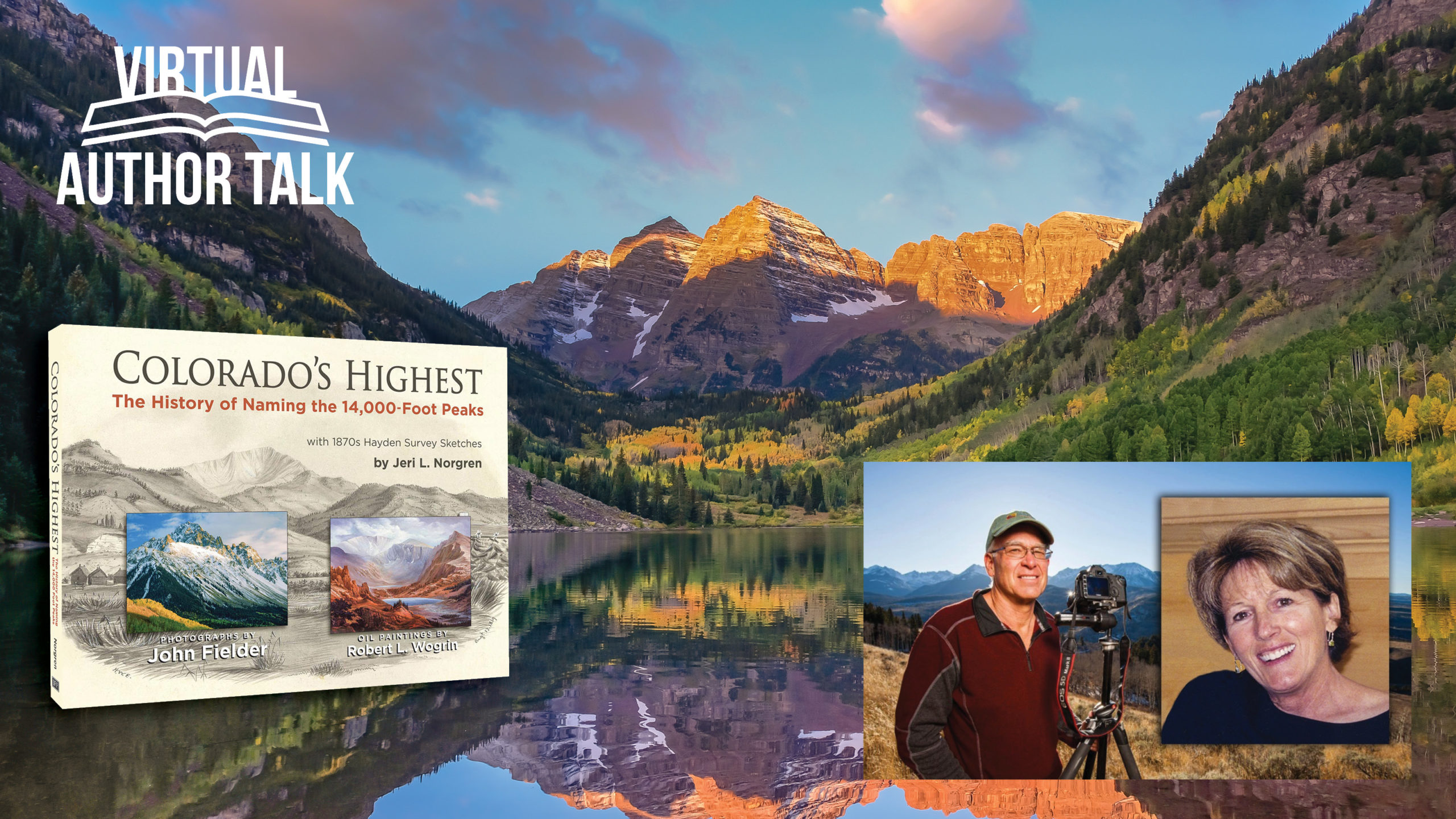 Through extensive research of the early days of mining in Colorado, and the voluminous records of the Hayden Surveys of Colorado in the 1870s, Norgren has written what may prove to be a classic Colorado history book. But it’s not only words, it’s Fielder’s photographs of the fourteeners, many never before published, Robert L. Wogrin’s sublime oil paintings and sketches, and the historical sketches made in the 1870s by the artists of the Hayden Survey. These men climbed the peaks and sketched the mountains from on high. This may be Fielder’s finest history book since the popular Colorado 1870-2000 series of W.H. Jackson repeat photography books. Norgren has written fascinating text about just how the names were chosen for the 58 highest mountains in Colorado, and who first climbed them.

Registered is preferred but not required for this program.

Please join my meeting from your computer, tablet or smartphone.
https://global.gotomeeting.com/join/233006861

New to GoToMeeting? Get the app now and be ready when your first meeting starts: https://global.gotomeeting.com/install/233006861

John Fielder has worked tirelessly to promote the protection of Colorado’s ranches, open space, and wildlands during his 40-year career as a nature photographer and publisher. His photography has influenced people and legislation, and has earned him recognition including the 1993 Sierra Club Ansel Adams Award, in 2011 the Aldo Leopold Foundation’s first Achievement Award ever given to an individual, and in 2017, Colorado Mountain College presented him an Honorary Degree in Sustainability Studies. 52 books have been published depicting his Colorado photography. He lives in Summit County

Jeri Norgren is a fifth generation Colorado native. Having spent most of her life exploring the mountains and all the wonders they hold, she became fascinated with the nomenclature of the highest peaks and began her journey. As a member of the Denver Fortnightly Club, she has authored numerous papers on various topics, including one that grew into this book. A lover of nature and everything it beholds, she lives on an historic farm in Englewood surrounded by dogs, coyotes and a pair of great horned owls.