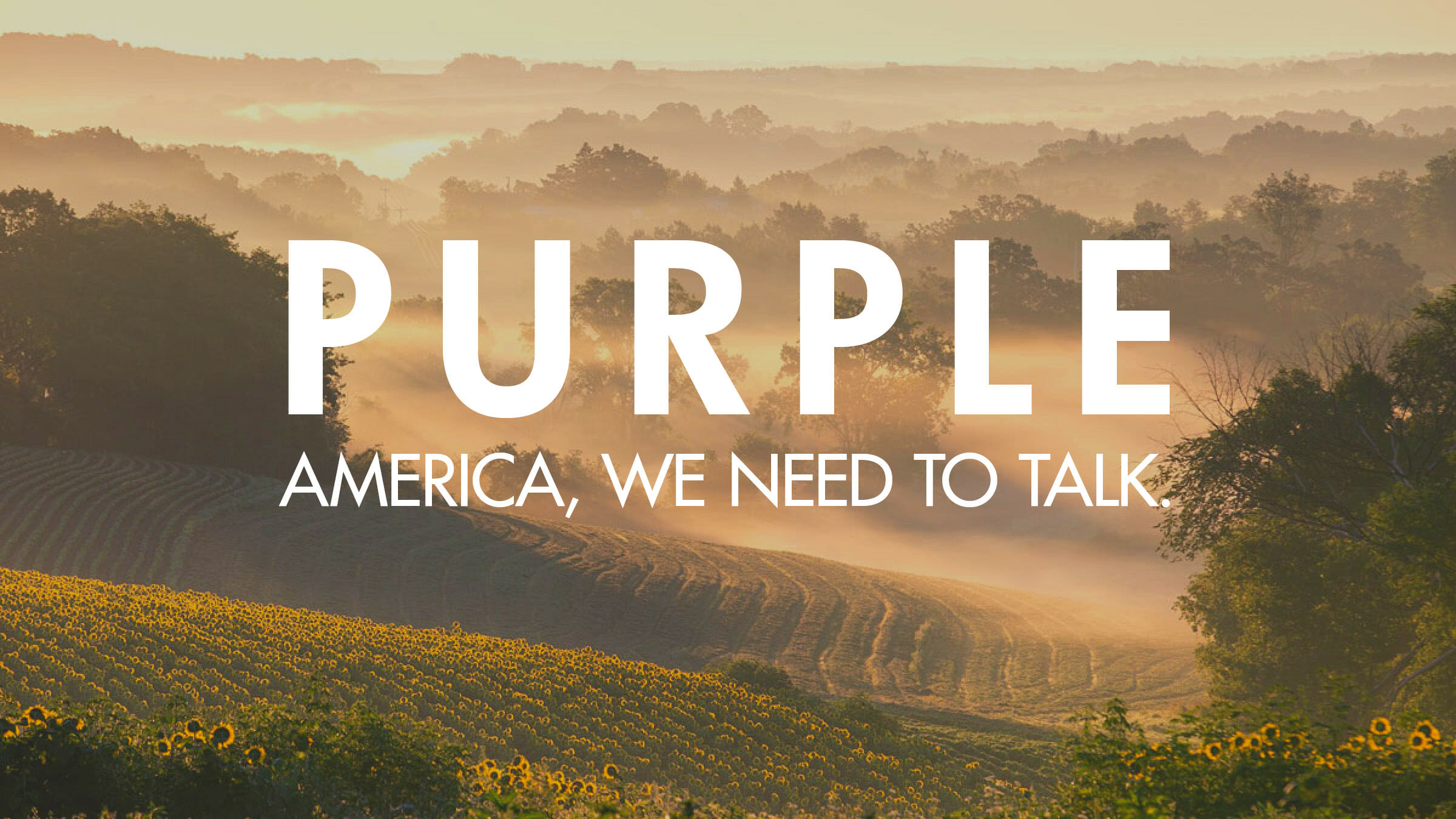 PURPLE tells the story of everyday Americans with opposing viewpoints addressing their differences head-on and discovering the concerns and humanity that lie behind each other’s positions. Designed to build greater empathy and recognition in the face of deepening U.S. divides, PURPLE models a rare conversation that uplifts and inspires even while going toward the heat of passionate political differences.

As we enter one of the most weighty and charged election seasons in our history, thank you for helping to deescalate our country’s divisions and to foster greater recognition, empathy, and insight in the face of them.
Attend here: https://global.gotowebinar.com/join/notStarted.tmpl?webinar=2444905251824688652
About PURPLE:
The film takes place in rural Wisconsin and Iowa, two swing states where “red” and “blue” still live in the same neighborhoods and where many people feel unrepresented by the two-party system. This politically pivotal region was home to the greatest concentration of counties that flipped Obama-to-Trump in the 2016 presidential election.​​
PURPLE is produced by Resetting the Table (RTT) – a non-profit organization that strengthens democracy through building collaborative deliberation across political silos in America today – in partnership with Transient Pictures, an Emmy-award winning production firm. RTT equips community leaders with the tools and skills to open courageous and constructive dialogue on political fault-lines issues within and across their communities. RTT’s programs include facilitation training, communication skill-building workshops, multi-perspective educational classes, and decision-making forums across the country.​​ ​​